Brush Type four, later Class 47 locomotive 47 484 was built at BR Crewe and introduced as number D1662 on 27th February 1965, she was named 'Isambard Kingdom Brunel’ on March 20th 1965, with the ceremony taking place inside the old I.K. Brunel designed station adjacent to Bristol Temple Meads. Under the TOPS numbering system, she was renumbered as 47 484 in December 1973.

In 1985 47 484 was one of the Western Region 47's (along with 47 079, 47 500, 47 628, plus Class 50 50 007) to be specially treated for the GWR 150th anniversary celebrations. The original nameplates were placed with GWR style brass nameplate, numberplates and BR Double Arrows. Although these GWR brass embellishments were eventually removed, 47484 retained the lined Brunswick green right to the end of her working life.

47 484 was withdrawn from service in October 2002 and stored before finally entering preservation in June 2006 and is currently awaiting full restoration. 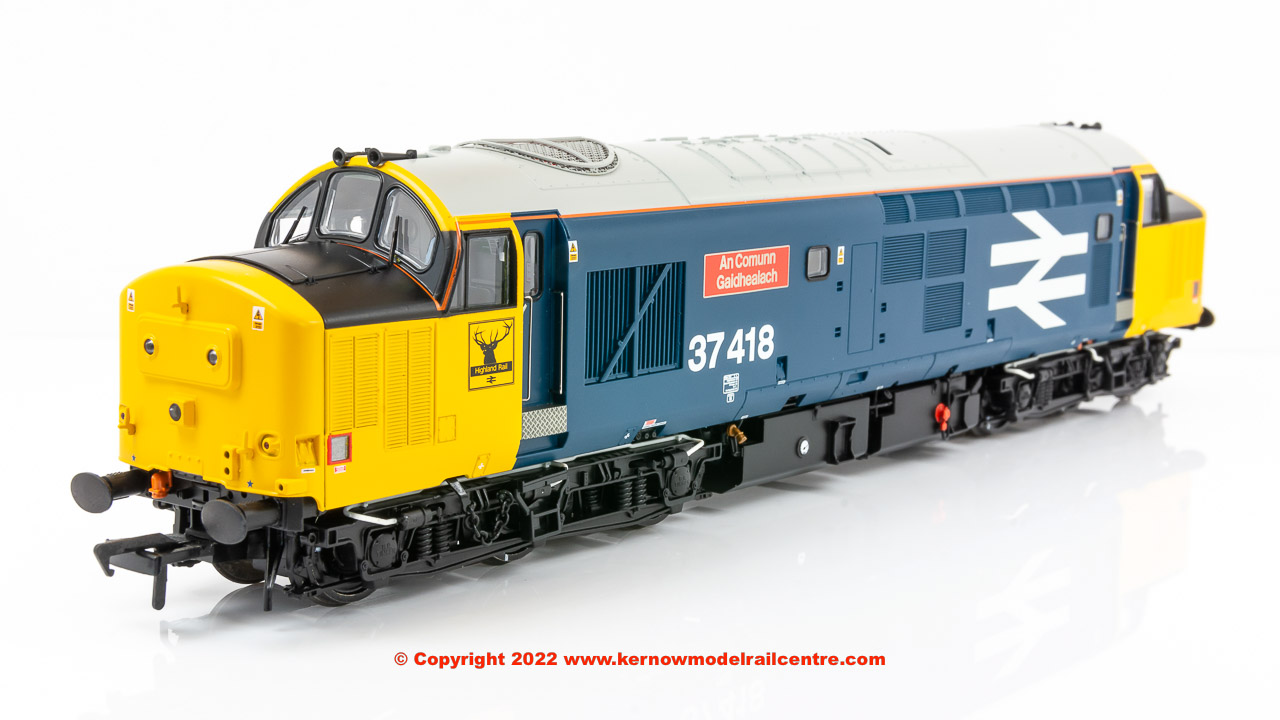 In January 1986 37 418 was transferred to Inverness and on 10th October the same year she was named ‘An Comunn Gaidhealach’ at Edinburgh. Following her transfer to Railfreight (Petroleum) Immingham in September 1990 her nameplate was removed on 1st February 1991.
She later carried various other names: Pectindae, Gordon Grigg, East Lancashire Railway; whilst she was allocated to a variety of operators including Regional Railways and EWS.

37 418 entered storage in September 2007 being bought for preservation three months later and was officially withdrawn from service in February 2008. She is now privately owned, operational and returned to her BR Blue Large logo livery and once again carrying the name ‘An Comunn Gaidhealach’

The Kernow Model Rail Centre Exclusive highly detailed models in 00 Gauge are being produced for KMRC by Bachmann. The models are both the all-new Bachmann class 47 and Class 37 tooling respectively with diecast chassis block housing a five pole, twin shaft motor with two flywheels providing drive to all axles. Rotating radiator fans are driven by an independent motor and gearbox (SOUND FITTED DELUXE Version), operated via a DCC function. The body includes many separately applied metal detail parts, such as: grab handles, windscreen wipers, etched fan grilles and sprung metal buffers. Each model is supplied with a full set of decorated, model-specific bufferbeam pipework and accessory parts.
whilst the Class 37 also features a new ‘Yard Light’ mode, allowing red taillights and/or marker lights to be displayed at both ends of the locomotive when operating on DCC. Using the model on DCC also provides cab lighting and engine room lights at the push of a button, whilst analogue operation sees marker lights, taillights and headlights – where applicable – all illuminate as desired. 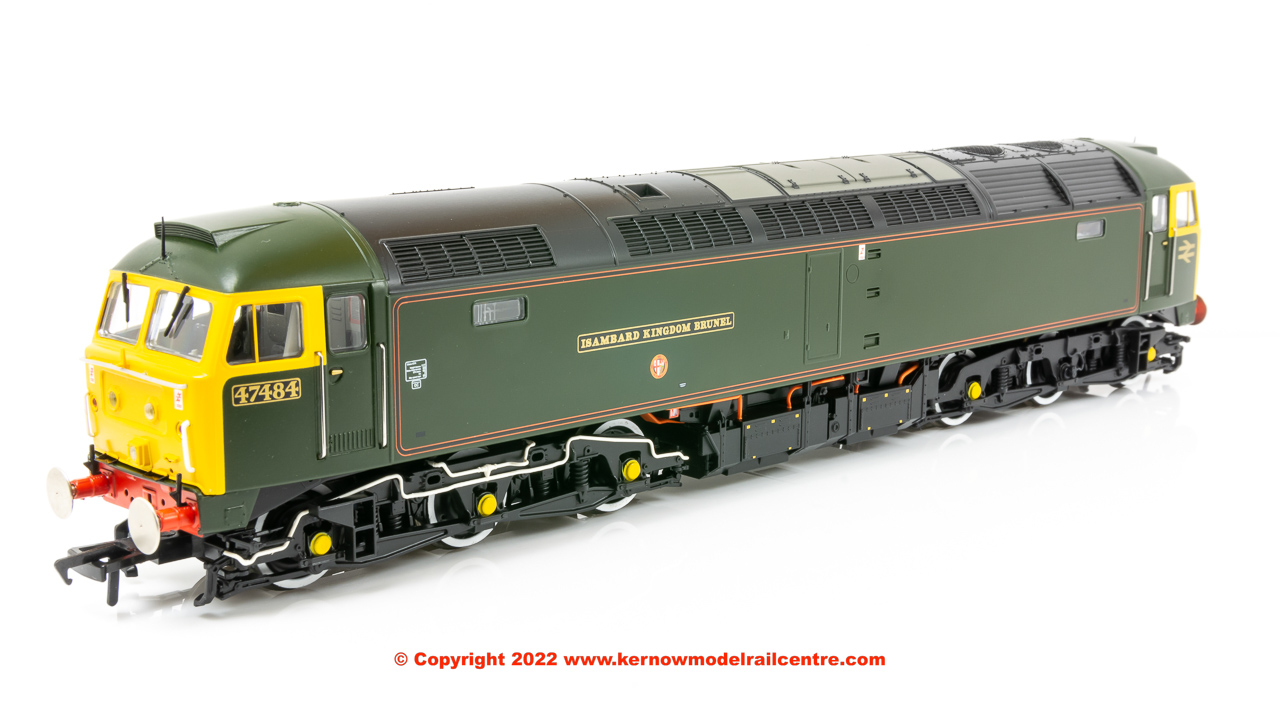 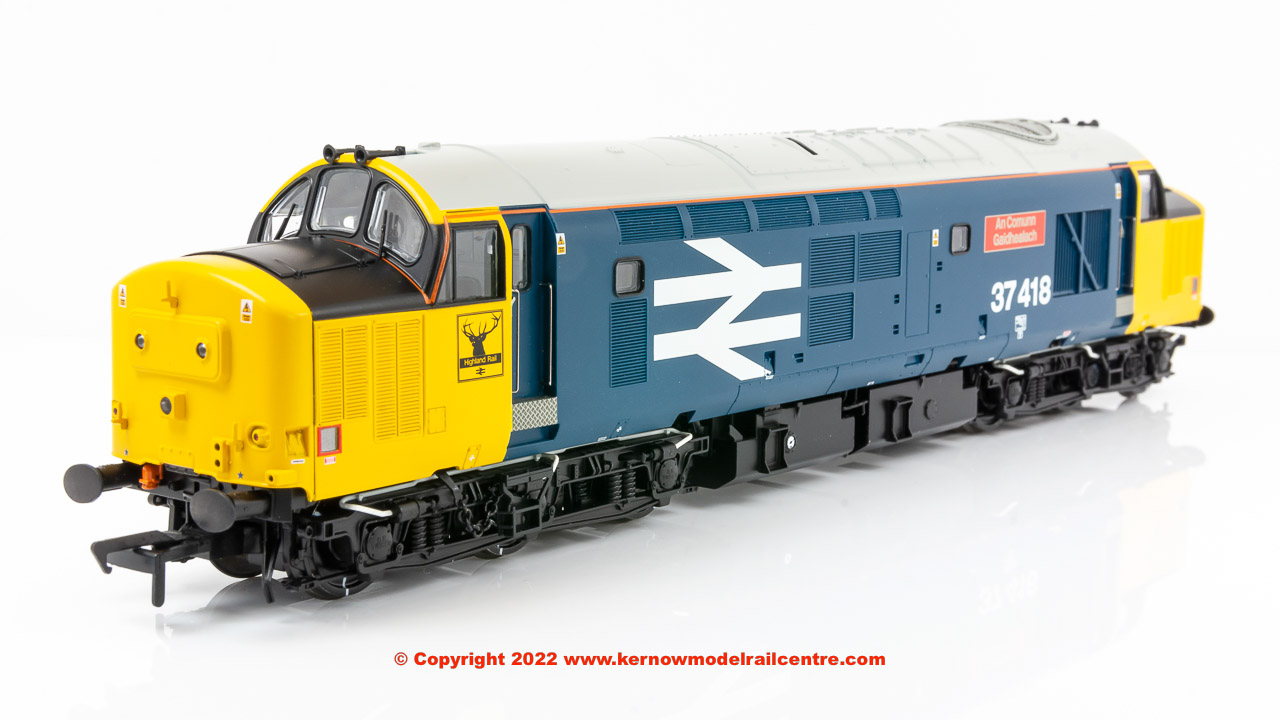 The KMRC Exclusive models are available in three formats, with standard DCC Ready versions, £239.95 with a Plux22 DCC decoder (The recommended decoder is Bachmann item No. 36-570). SOUND FITTED models, £339.95, are pre-fitted with a ESU Loksound V5 (Class 47), Zimo (Class 37)DCC Decoder, whilst the SOUND FITTED DELUXE format, £369.95 (47 484) or £359.95 (37 418), feature the new motorised fan system. In addition, the SOUND FITTED DELUXE specification includes windscreen glazing that has been treated with a specialist technique to replicate the tinting seen on the prototype.

The versions available now are as below:

Chris Trerise, Managing Director, said: “The GWR 150th anniversary lined green livery of 47 484, and having been based on the Western Region for much of her working life, was an easy choice for another KMRC Exclusive along with the preserved and operational 37 418 in its distinctive BR Blue large Logo livery based on the all-new tooling, high specification, Bachmann models.”