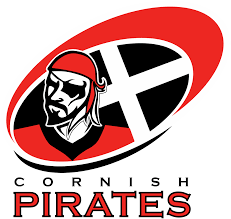 The Cornish Pirates play at Penzance in the RFU Greene King IPA Rugby Championship and the British & Irish Cup in the second tier of English Rugby and The Championship Cup. Their Home ground is The Mennaye Field on Alexandra Road, Penzance and they play as the First XV of Penzance & Newlyn Rugby Football Club that was founded in 1945.

We have sponsored the Cornish Pirates in a variety of ways since 2007, For the 2021/22 season we currently sponsor both Tom Kessell and Shae Tucker. 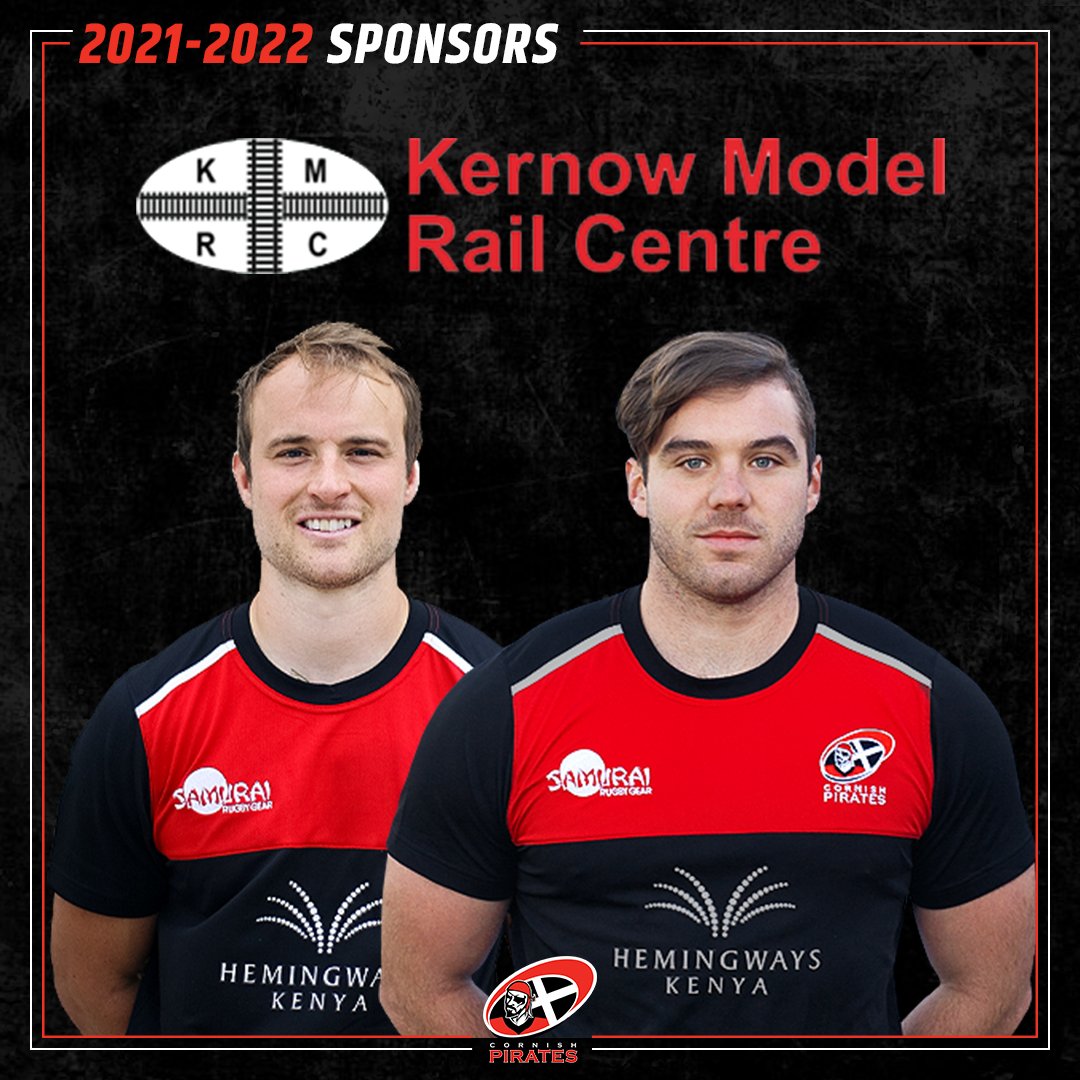 Our boss Chris says: "We are delighted to continue our sponsorship once more, I was expecting a further year of sponsoring Chris Morgan, so it came as real shock when I heard he was leaving to take up a new role with Worcester Warriors.

My next immediate thought was who to sponsor this year, and noting that scrum half Tom Kessell was returning I immediately contacted the club to get him on the Kernow list! I well remember his first stint with the Pirates and look forward to seeing him in action again this year.

It seems like we had sponsored Chris since time began, I believe for 10 out of the 13 years I have been sponsoring the Pirates. Despite being a New York Giants fan (plenty of banter between us about the Giants and my beloved Philadelphia Eagles!) we instantly got on and this resulted in being introduced to Hayley who ended up working for us at Kernow and being a key part of our business development and expansion! We used to joke that Chris only ever scored on away games so that we missed having our name announced! I was always very proud to hear Phil Westren announce ‘Chris Morgan – sponsored by Kernow Model Rail Centre’ followed by our cheer!

Obviously wishing Chris the best for the future, this did leave a gap in our sponsorship. During the lockdown we, like everyone, had to watch the Pirates from home and were impressed with Shae Tucker. Seeing the Superbowl would also be his favourite sporting event to attend I thought this is ideal, so we are also sponsoring Shae and now look forward to cheering both Shae and Tom during the new season.” 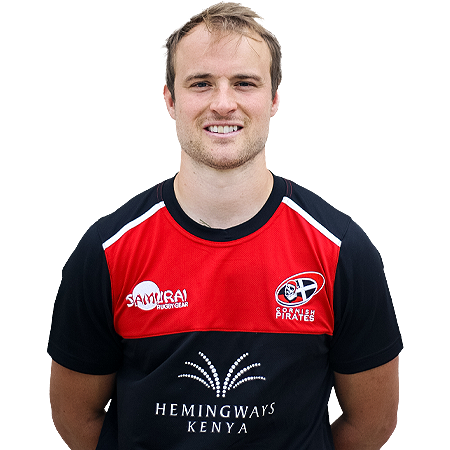 Ten years after he first joined the Cornish Pirates in 2011, it was announced in June 2021 that scrum half Tom was making a welcome to the club. Joining from Bristol Bears, he signed a one-year contract. Cornishman Tom made 112 appearances and scored 33 tries for the Pirates before his departure in 2015 to join Northampton Saints. 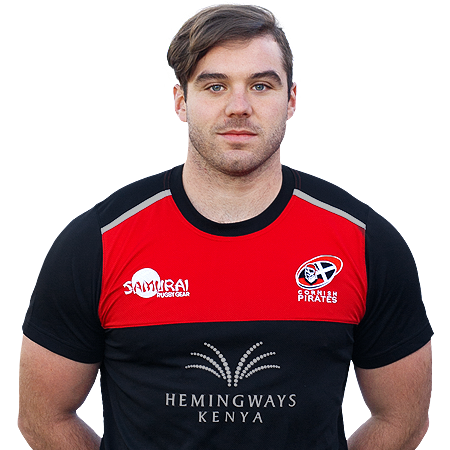 It was announced in June 2019 that centre Shae had signed a two-year contract with the Cornish Pirates. Injury frustrated Shae during his first year with the Cornish Pirates, restricting him to making just nine appearances for the club. However, returning to fitness, and after a spell on loan at Redruth, he really took his chances to impress – as he did again during 2020/21 when taking his games tally to 17.

2020/21 Season
Last season we sponsered the ex Assistant Coach Chris Morgan (shh... yes that's our Hayley's husband) who has now after 13 years at the pirates joind Worcester Warriers in a coaching role,  and Scrum Half Rhodri Davies.

Momentum for the Stadium for Cornwall continues to build.  See further details at here.

Chris Trerise presents the Man of the Match award to Cornish Pirates captain Gavin Cattle following the game versus Bedford on 4th April 2010 for which we were the Official Matchday Sponsor.

In 2010 we were the official match day sponsors of the game versus Birmingham & Solihull on 29th September at the Mennaye, Penzance.

In 2009 we were proud to sponsor the Cornish Pirates Flanker Chris Morgan, pictured below with Chris

An even younger Chris Trerise presenting the Man of the Match award to Cornish Pirates Flanker Chris Cracknell at the Kernow Model Rail Centre sponsored game versus Pertemps Bees on 23rd September 2007. (pictures to be updated)

In 2010 we are proud to sponsor the Cornish Pirates Lock Ben Gulliver for the third year, pictured below with Chris.

In 2008 we were the official match day sponsors of the game versus Nottingham on 28th September at Camborne Rec.

Chris presents the Man of the Match award to Wing Marika Vakacegu after his triple-try scoring effort.

In 2009 we were the official match day sponsors of the EDF Energy Cup game versus Southend on 18th January at Camborne Rec.

Chris presents the Man of the Match award to Prop Paul Andrew after his debut game for the Pirates.

Ben Gulliver calls at our shop, seen pictured outside with Chris

In 2009 we were the official match day sponsors of the game versus Coventry on 27th September at Camborne Rec.  Picture below shows the Pirates' lineout in operation. (Picture courtesy Geraldine Causebrook)

Some of the Kernow MRC team at the game, with guest appearances by former Thameslink colleagues Mark and Geraldine Causebrook and Richard Dean! (Picture courtesy Rod Lyon)