We announce the LSWR Diagram 1410 Covered Van in 0 Gauge as an exclusive model with the tooling owned by Kernow Model Rail Centre. 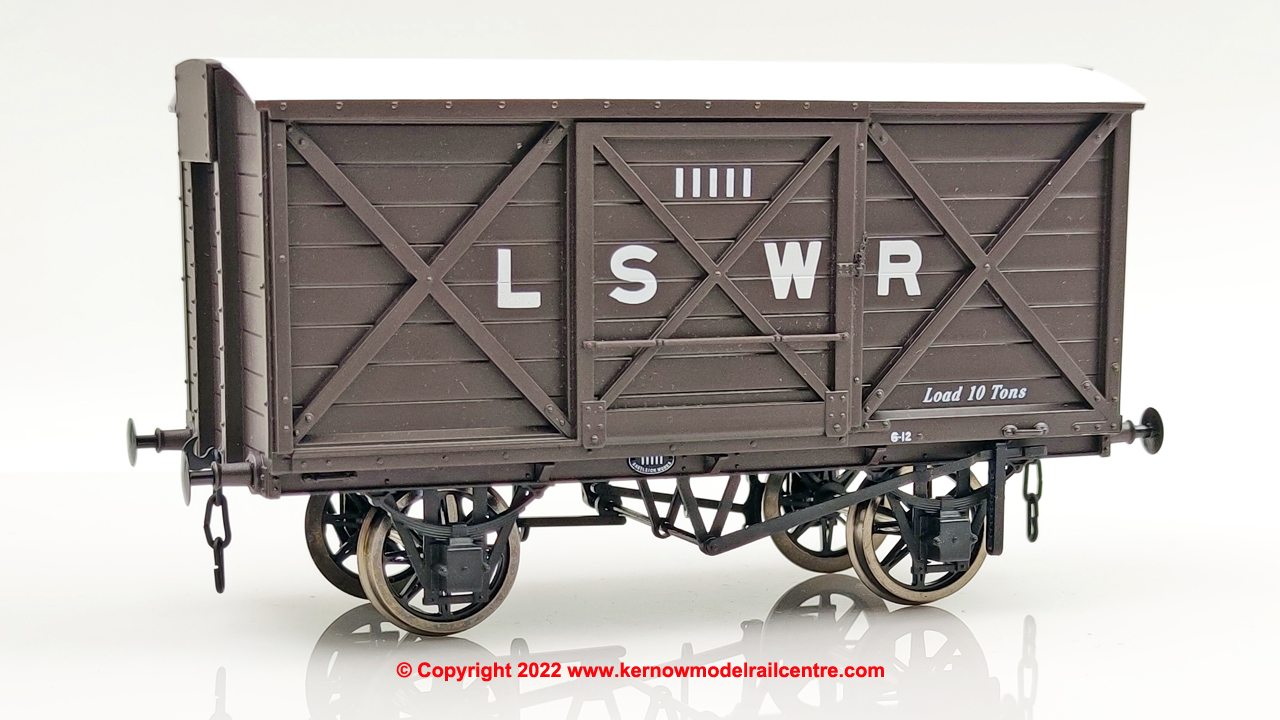 The numerous LSWR 10 ton covered vans were built between 1885 and 1922 to a few different diagrams as the design was developed. Different body styles were combined with either timber or steal chassis with two axlebox types; Panter or Warner’s, and several different brake systems.

The low roof, sliding door Diagram 1410 covered vans were the most common LSWR covered van with well over 1000 built. Although many were scrapped or entered departmental use before Grouping many passed into SR ownership at grouping with a number, many in departmental use, surviving beyond nationalisation. 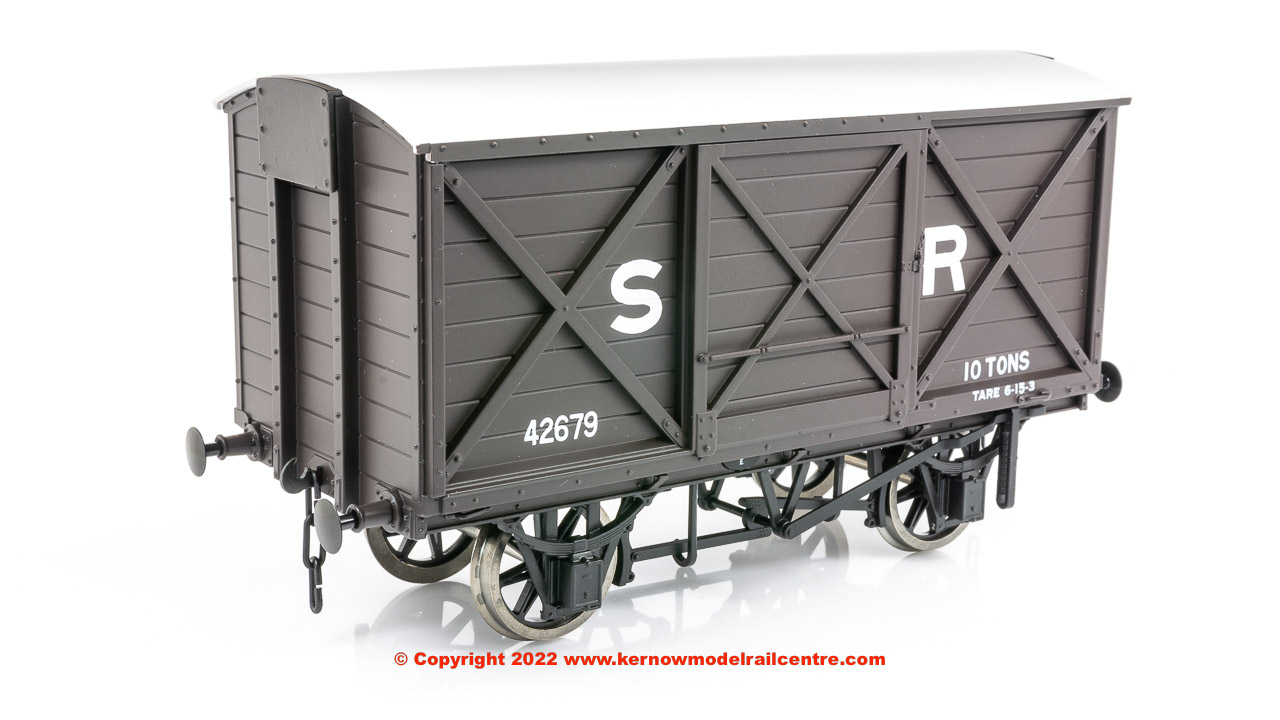 Brake gear varied from: single sided double block, ‘Morton Clutch’, the rarer for this diagram ‘Lifting Link’ and most commonly what the SR called ‘Freighter’ that had independent brake gear on each side. 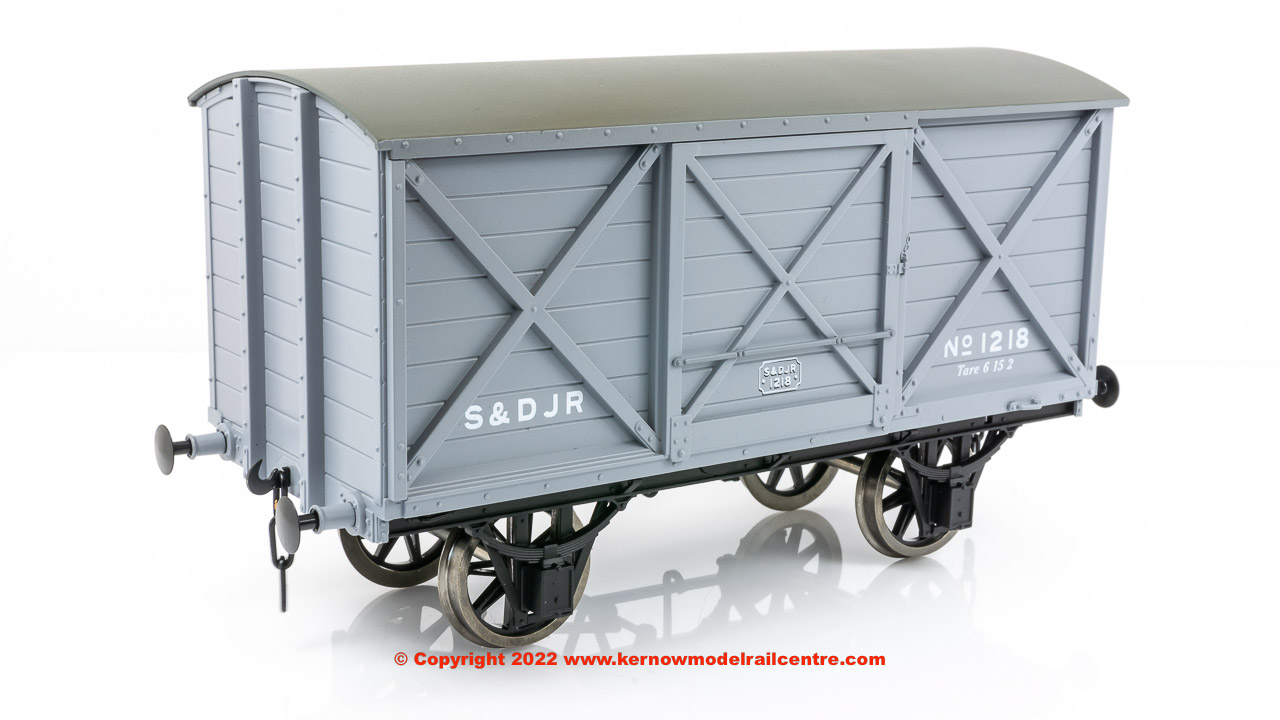 Ten covered vans to the Diagram 1410 were built for the Somerset & Dorset Joint Railway (S&DJR) they differed from the LSWR versions as they did not have the end vents and only single sided brakes. They later were absorbed into SR stock and had end vents fitted, become identical to D1410 vans.
The tooling suite for the models allows for bodies with either 8 1.2” or 6 1.2” end planking with and without the end vents on steel chassis, 8 open spoke or 10 closed spoke wheels, and single sided, Morton, freighter or lifting link brake styles. The specification of the model includes highly detailed body and chassis, prototypical brake gear and safety loops fitted, beam compensation, sprung buffers and a sprung coupling hook fitted with metal three link couplings. 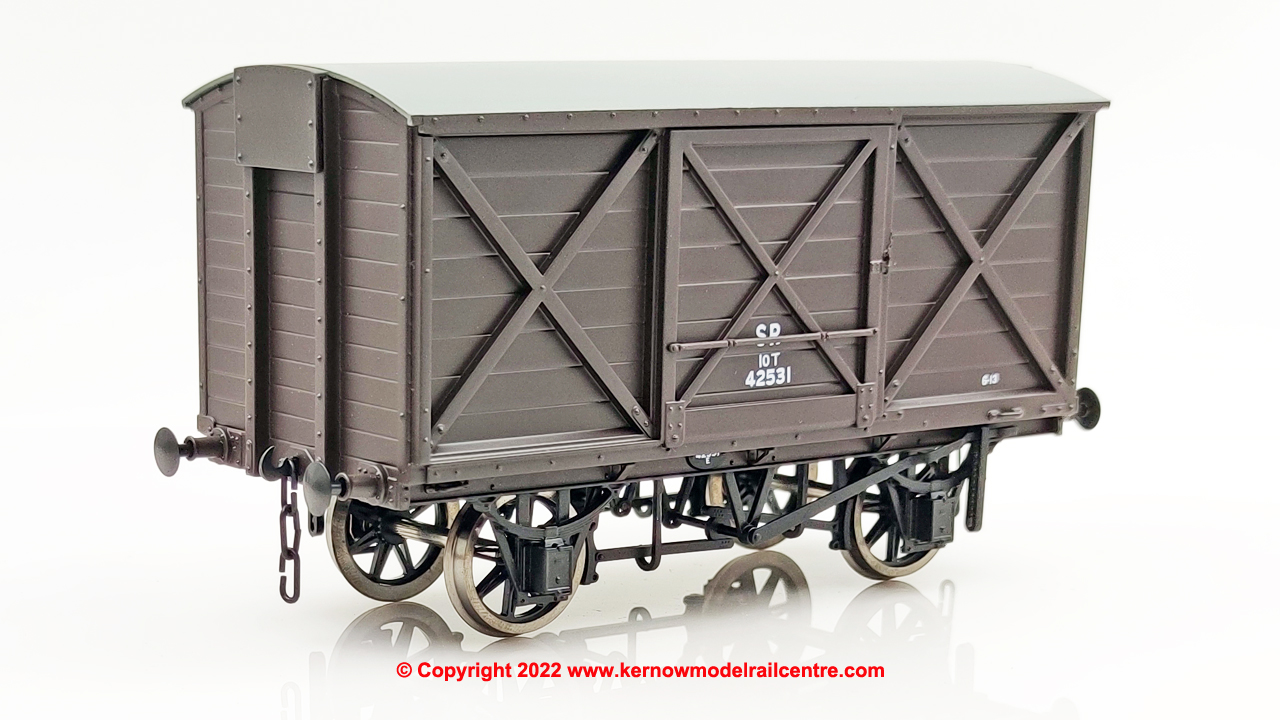 The models have been produced and are currently being shipped, the initial price is £66.95 each, that is the special early-bird price and only applies payment is made in full at the time of ordering. For those not wishing to pay in full, it will not be possible to place an order until after the models have arrived. These subsequent orders will be at the prevailing price of £77.95and not the early-bird offer price. 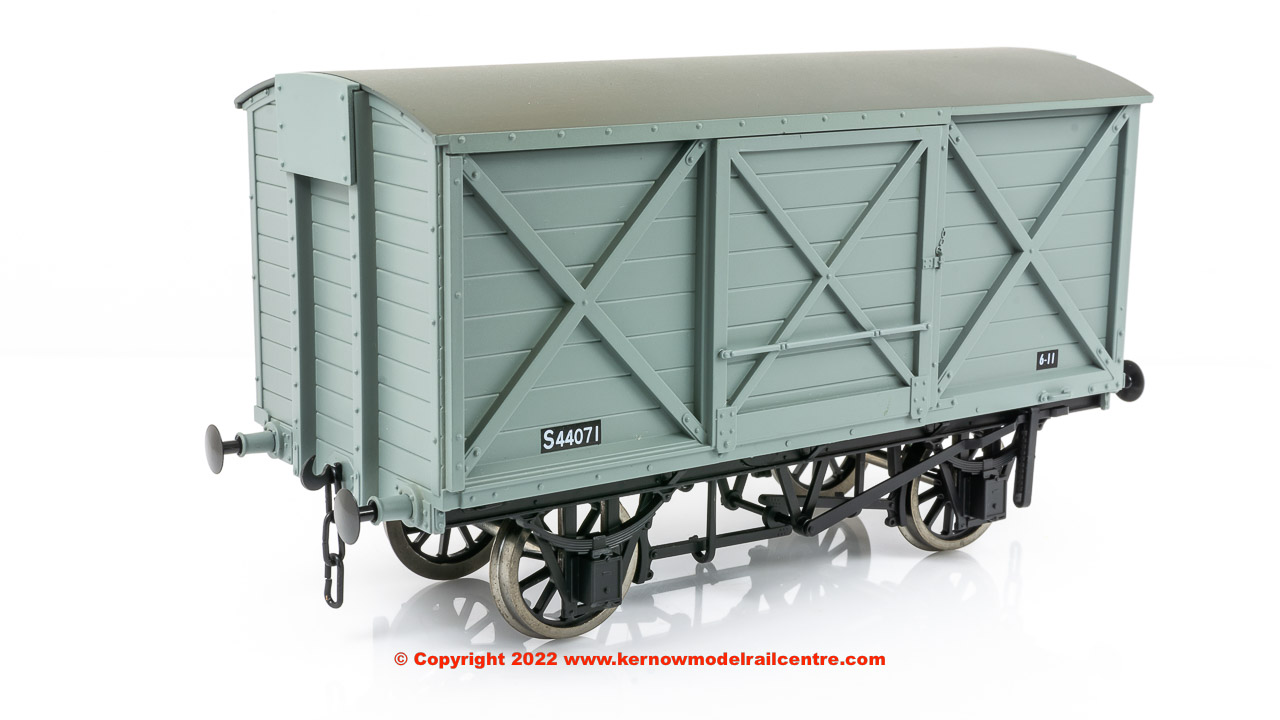 Graham Muspratt, Development Manager, said: “The numerous characterful LSWR Diagram 1410 Covered Vans with their external framing could be seen all over the LSWR/SDJR/SR/BR(s) network. We hope these will be popular amongst 0 Gauge modellers as we continue to expand our range of 7mm scale models. Our tooling suite covers many detail permutations to be able to offer a number of versions across the range.”