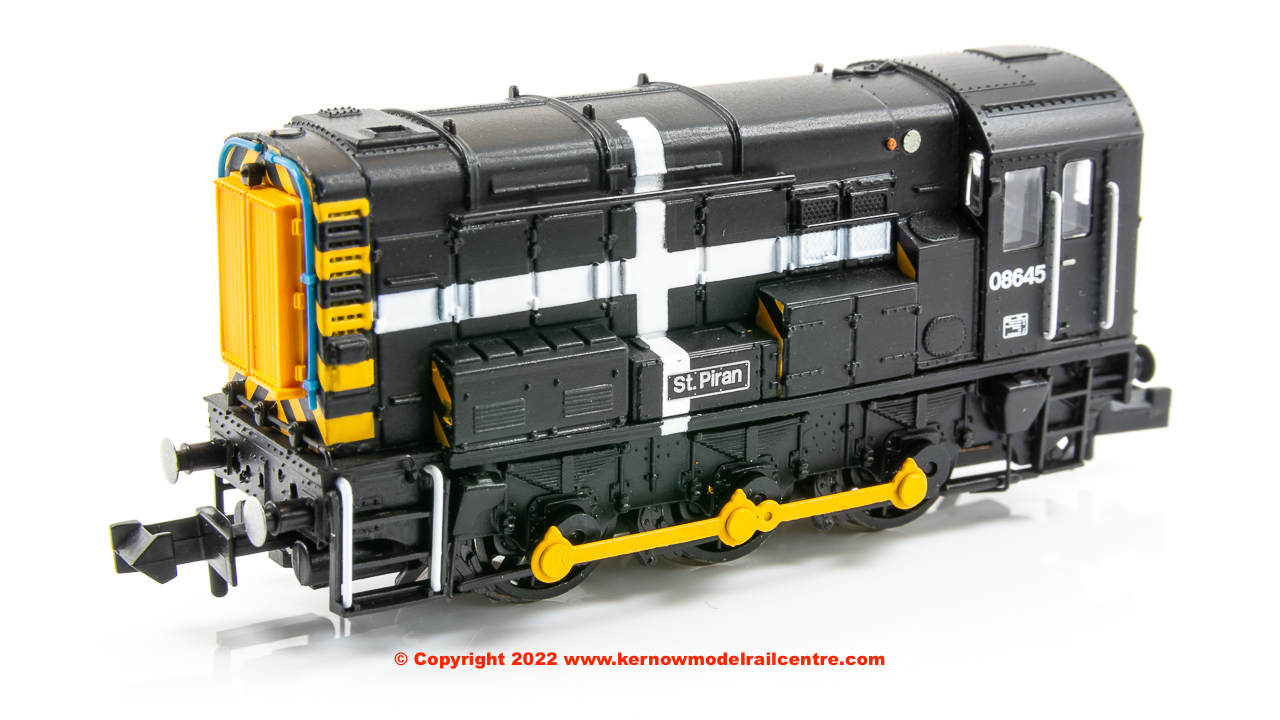 Class 08 D3812 was built at Horwich Works and introduced on 13 February 1959 and allocated to Newport Pill locomotive depot. Air brakes were fitted to D3812 in October 1971 and in March 1974 she was renumbered as 08 645. She remained allocated to depots in Wales until the closure of Landore in December 2018 when she was transferred to GWR's Long Rock Maintenance Depot. 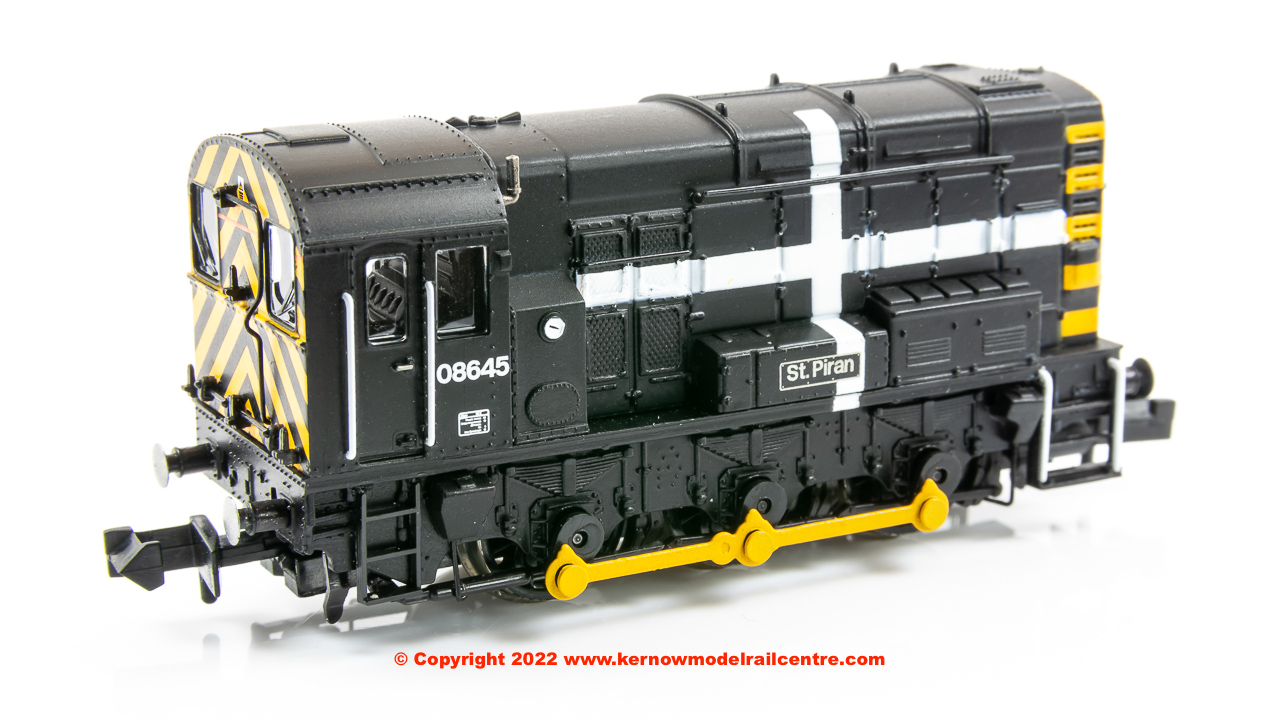 At a public open day held to raise money for the Penlee Lifeboat Station and the RNLI, on 13th April 2019, 08 645 was unveiled in the black and with white cross of the Kernow flag and named 'St. Piran', after the patron saint of Kernow/Cornwall. 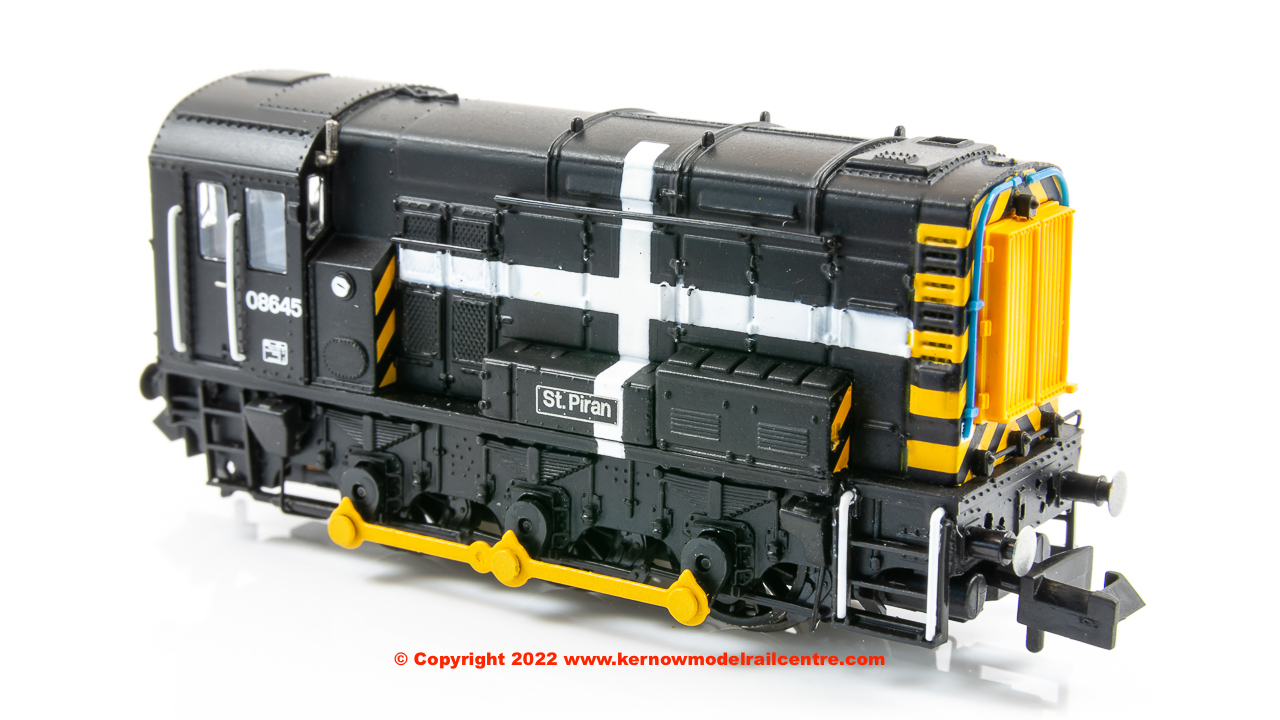 The Kernow Model Rail Centre Exclusive highly detailed model in N Gauge is being produced for KMRC by Graham Farish. The model is the latest upgraded chassis design with powerful coreless motor and easy decoder fitting via a Next18 dcc socket and factory fitted speaker or a DCC Sound Fitted version is also available. The highly detailed body shell incorporating many separate components include handrails, electric lamps and lamp irons, finished in the distinctive ‘Kernow flag of ‘St. Piran’ livery. 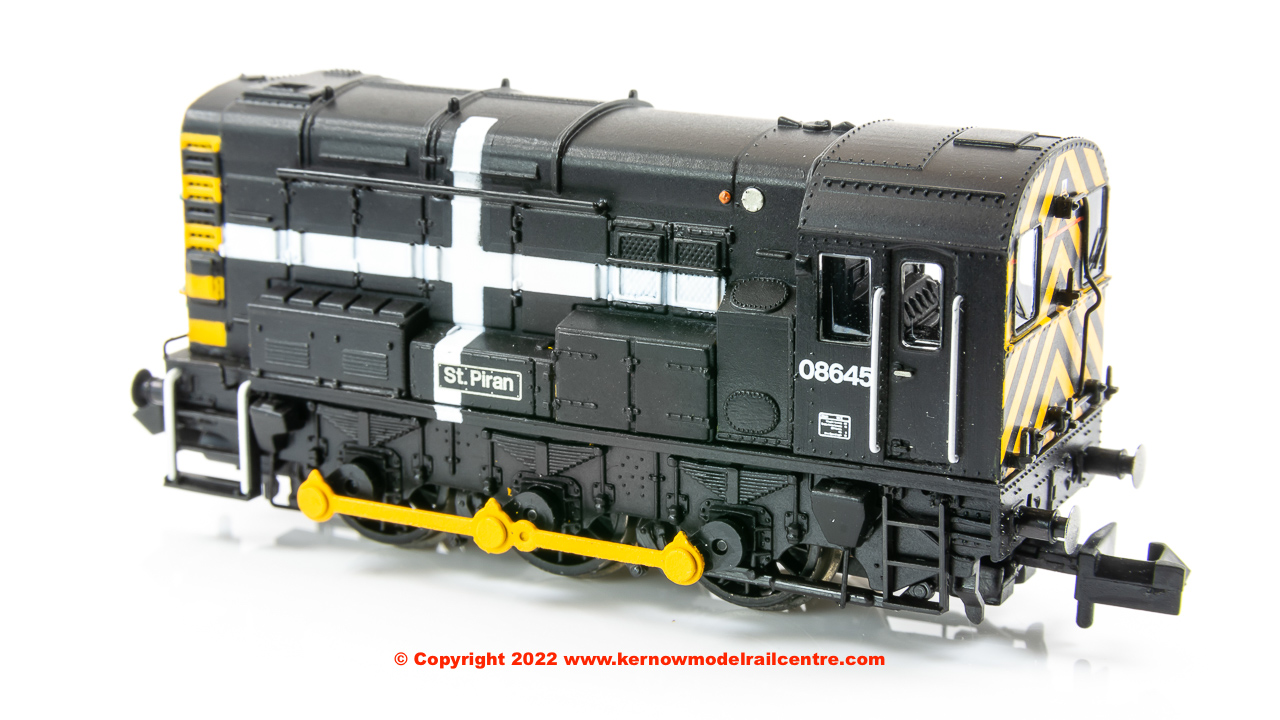 The Exclusive model is priced at £144.95 for DCC ready and £244.95 for DCC sound fitted versions and both are available to order now.

Chris Trerise, Managing Director, said: “With the announcement by Graham Farish of their updated Class 08 it was a natural and logical choice for 08 645 in her Kernow livery to be an Exclusive for the Kernow Model Rail Centre, in both DCC ready and DCC sound fitted options.”